What a weekend of racing we just had.  Gusts to 30, dismasting, 911 call for a sailor who was knocked unconscious.   He is okay.
Then there is the Stooges……You’d think these guys had already won enough trophies this year.    Fleet Champion,  a couple series races…… but no they are already contending for the 2013 WHOOPS Award.
At the PYC/SYSCO Opening Day.
Stooges:
1st race:   Didn’t have course chart on board….so they didn’t know the course.
We tried to tell them the  course but something got lost in translation.
Fouled another Cal at the start.  Does 360
Lost spinnaker halyard to top of mast.
Withdrew from race, to fetch halyard and get course chart
2nd race:  Stooges touched leeward mark while taking down their spinnaker.  Does 360
3rd race:   I’m sure something happened……
4th race:   They didn’t realize there was a fourth race and headed home.
Sunday      Had engine troubles.  Engine wouldn’t start.  Lucky wind came up to take them back to the dock safely.
And to conserve weight during the race which was Abandon just after we finally got acrossed the start line,
they left a 6 pack of cold beer just sitting on the dock.    Well…. we couldn’t have it get warm, so we put it in our cooler.
Fun weekend sailing.

Victoria, BC  …  JUNE 1-2
Notice of race
Entry Form
From: Peter Coy
Sent: Tuesday, April 30, 2013 3:59 PM
To: communications@cal20pdx.net
Cc: David Bleakney
Subject: Cal 20 Canadian Championship Regatta
Hi. Here is the entry form for the Cal 20 Canadian Championship Regatta on June 1st and 2nd.
We hope that some of you are going to be able to make it here. Best wishes. Peter C.

Here are a couple of photos from the PYC regatta. More to come in the Photo section of the site. 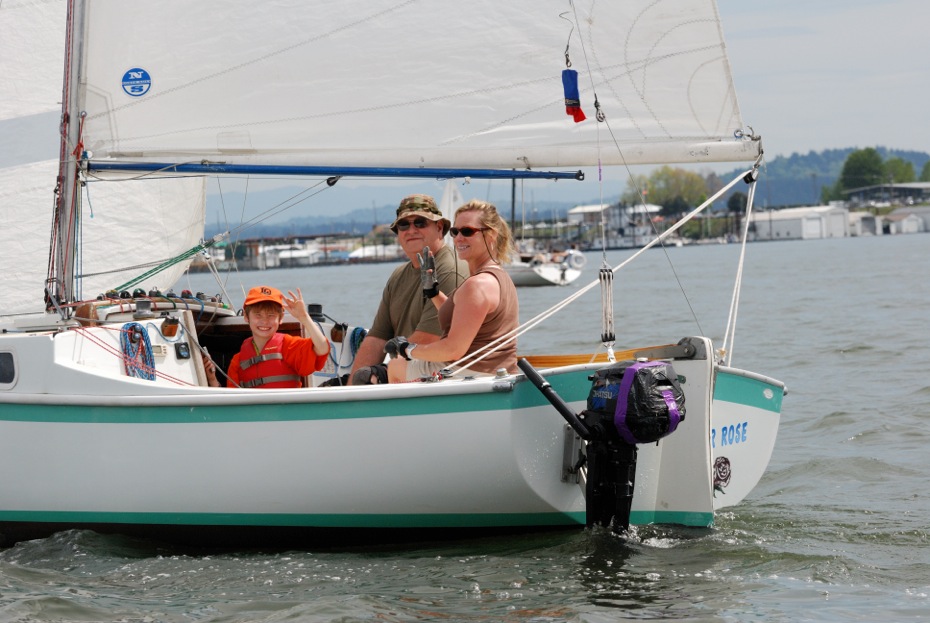 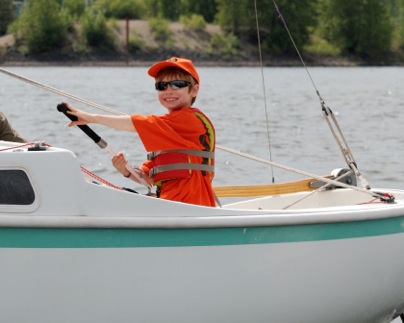 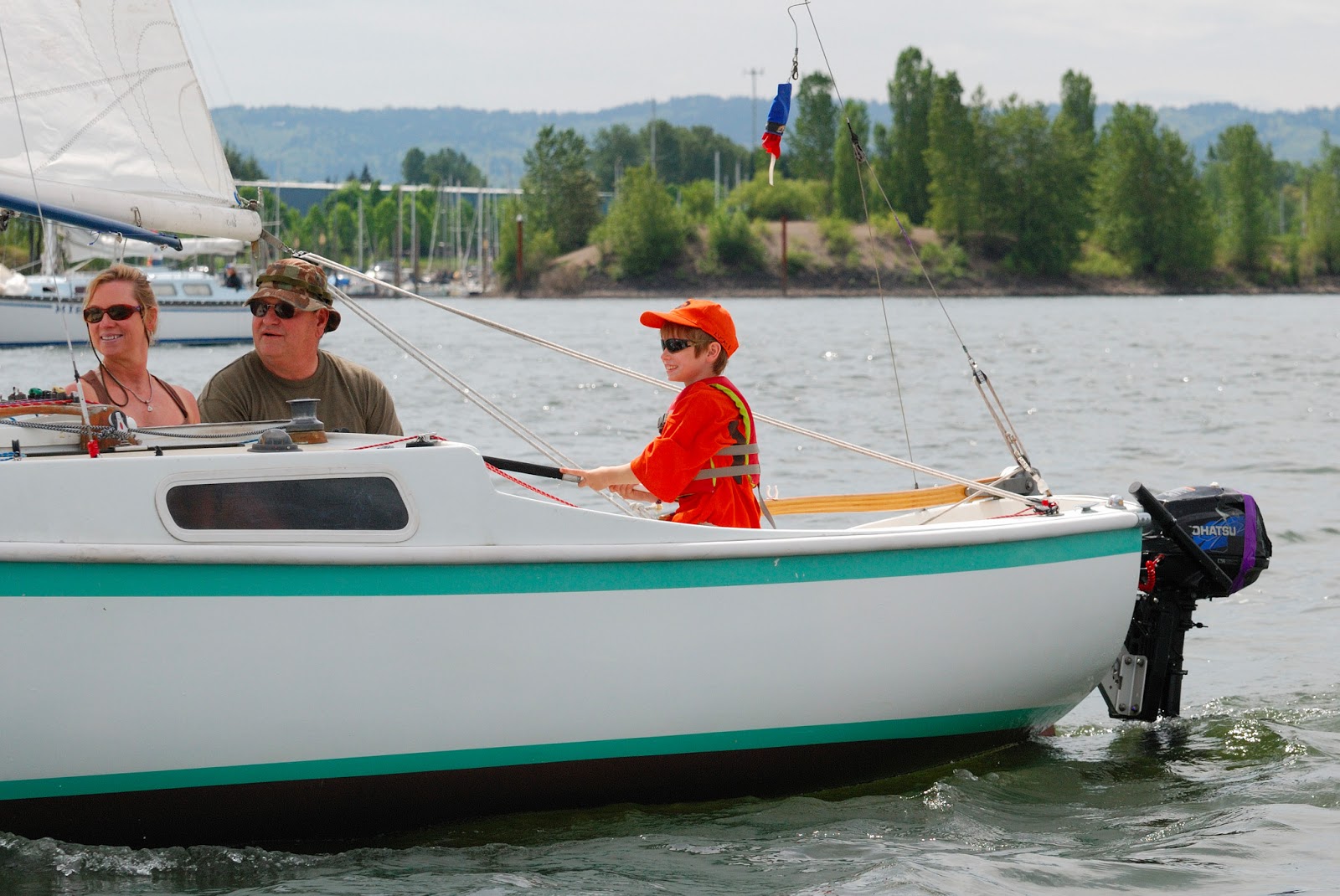 Well, a couple of good days of sailing over the weekend. I notice that the results aren’t posted yet on Sailpdx.com. So from the deep recesses of my memory, here are some recollections. Five boats were out: Stooges, River Rose, Milagro (formerly Dead Body), For My Girls, and Sunshine. Stooges had 8 points for the win, River Rose second with 9, not sure after that, but I think Daniels was next with Marv in 4th and Sunshine 5th. I know that Marv Dunn got a first in the first race on Sunday, and Daniels sailing My Girls with his girls got a bullet on Saturday. I do think he got a 5 in the second race on Saturday after he went through the finish line (see, people other than Stooges make mistakes) and then somehow got stuck in light air way over on Oregon the second time around. Breeze on Sunday was crazy flukey. Little cats paws and then nothing. Marv learned a bit about how when you get close to the Oregon side next to Hayden Island you get great current relief but if there’s any south in the breeze you also get a wind shadow from the big cottonwoods that is almost enough of a vacuum to suck the air out of your lungs. Then things get real slow. Sunshine learned that getting caught below the start down river with such light air makes for a powerfully slow get back to the line.

And we (Stooges) learned that even if you go up to the committee boat before the race and confirm the course including gentle banter with the on board crew, they can change the course and signal it by dropping the committee flag, blowing a horn, and then posting a new course. If you don’t see all the flag waving and the new course, then when the other boats are dousing their chutes to go around 3 and you are headed to 4 with no chance of a recovery, you kinda feel like, well a stooge. Actually, the first thought is that all those other boats are wrong. How could Three Stooges make a mistake like that? Apparently, pretty easily. I must give John credit, though, because although he found new combinations of X rated language to describe the circumstances and the heritage and family relationships of the committee for about 15 minutes, he bought all of them a round at the PYC bar after the race as a peace offering.

Special kudos to Craig who sailed with his daughters, Sarah and Audrey, all weekend and Michelle who had Lucas on board all day on Saturday. Way to get the next generation involved to take up the slack for us dinosaurs. No photos this time unless Paul has some from River Rose. Maybe I can get Maxine to shoot some on Thursday.

Next up is the second week of Thursday night racing. See you on the river.

Congratulations to our 2012 Fleet Champions – Three Stooges!  Read all about their exploits at http://www.threestoogessailing.com

Photos from the Awards Banquet are available to current Fleet 7 members with a valid login at http://www.cal20pdx.net/Photo 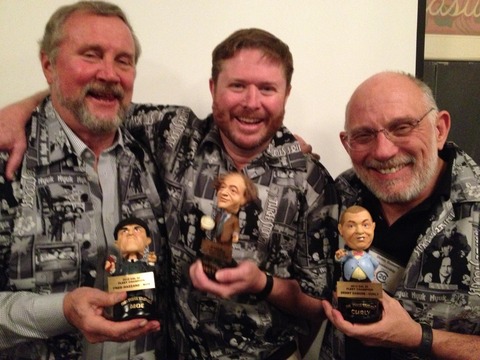 New video footage is available on YouTube of the first Thursday night series of 2013!